The Star Crossed Series, where regular guys meet famous ones, and sparks fly, is up for preorder now at Amazon.
Not Until Noah releases on November 5.
Because of Ben releases on January 7.
Only for Ollie releases on March 4.
This series has been so much fun to write, and I've loved finding out what makes all these guys tick. I hope that you enjoy reading about them as much as I did writing about them. 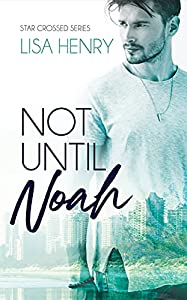 Carter Westlake is on the brink of being Hollywood gold. Cast as the lead in a highly-anticipated sci-fi trilogy filming in Australia, he’s primed to be the next A-list action hero: all-American, hot as hell, and straight. The problem is, Carter can only check off two of those boxes. But that’s okay—his bisexuality can remain a secret until these movies are behind him.
Childhood educator Noah Jones has a plan. Work as a nanny for six months, make some extra cash, and move to the UK to teach. He doesn’t expect his new boss to be a Hollywood star. And he certainly isn’t prepared to fall for the guy.
One kiss sends them tumbling into a secret relationship, even though they both agree it can be nothing more than a fling. Carter needs to stay in the closet for the sake of his career, and Noah’s leaving. But when their feelings continue to grow into something deeper, Carter has a decision to make. Knowing that exposing his sexuality could cost him his career, would he rather carry on living a lie, or risk it all to stand tall in his truth? Marco Chase is the lead singer for Static, one of the world’s most famous and successful rock bands. Marco’s bad boy rock star image isn’t just one he’s cultivated for his fans—it’s Marco all over. Marco’s past is full of one night stands, bad decisions, and blackouts. Marco never saw a cage he didn’t want to rattle—and from the moment he lays eyes on him, he really wants to rattle sweet, innocent Ben Selden’s cage.
Ben Selden comes from a fundamentalist Baptist family. Ben is struggling under the weight of knowing that he’s gay, and a lifetime’s teachings that tell him that his God will condemn him, and his family reject him, if they ever find out. With a future he doesn't want already mapped out for him, Ben’s at a breaking point when he meets Marco.
Marco’s teasing, flirting, and obvious interest awakens a hunger in Ben, and he knows this might be his only chance to act on his attraction to a man—if he’s brave enough to risk his future, and his family, to take it. He doesn’t expect Marco to be his savior, but maybe a savior isn’t what Ben needs—maybe he just needs someone to believe in him enough that he’s willing to save himself. 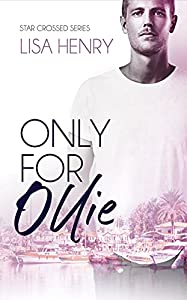 Xander Finch is a top-ranked MotoGP rider, desperate to get back to the circuit after an injury. He’s going stir-crazy in his parents’ house in Ventura while he works on his recovery. Xander has tunnel vision when it comes to his sport—it’s all he’s ever wanted to do in life. When he hires a massage therapist to help speed up his recovery, he’s not expecting the guy to completely flip his universe on its head.Ollie Baker is living in his car after a disastrous break-up, and jumps at the chance to earn some extra cash through massage. Xander Finch might be hot as hell, but Ollie’s not going there. He’s never going to let some rich guy screw him over again. Besides, Xander’s straight. Isn’t he?When their friendship deepens into something more, Xander discovers that Ollie makes him feel a way that nobody ever has before, and maybe motorbikes aren’t his only passion after all. Navigating Xander’s newly discovered demisexuality isn’t the only challenge they’ll have to face if they’re going to be together, because Ollie’s been burned before. It’s hard for him to trust Xander, to believe that he’s really willing to make room in his life for Ollie as well as his racing—assuming he recovers enough to race at all.
Posted by Lisa at 6:19 PM

Email ThisBlogThis!Share to TwitterShare to FacebookShare to Pinterest
Labels: because of ben, not until noah, only for ollie, star crossed