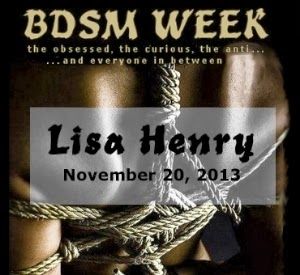 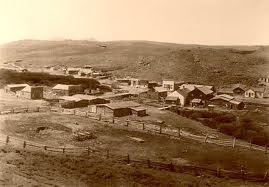 Mark Cooper Versus America will be out on January 28 from Loose Id.

That's two days after Australia Day, which is fairly good timing for a story about an Aussie boy. At first I thought it would have been perfect if it had been the 26th, but guess what? The 28th is my birthday, so that's even better! Happy birthday to me!

I like Mark Cooper, lots. Because he's funny, and he's snarky, and he's a little bit sweet and insecure -- not that he'll admit that in a million years. He also knows that the correctly terminology for a guy's backside is "arse". Sounds better than ass, doesn't it? Got a lot more grunt in it. 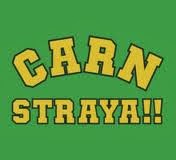 For those who don't speak the language, that says "Come on, Australia." Because syllables are for foreigners.

Anyway, JA Rock and I have got a few fun things planned for the release of Mark Cooper Versus America, and now, given the timing, I think I'll have to dig around in my mum's kitchen and pull out the recipes for lamingtons and pavlovas, just so I can share the Aussie love.

Okay, the Kiwis will claim they invented pavolvas. Don't believe them. It's a lie. Everyone lied. History lied. It's a conspiracy. They're just saying it because the feel bad that their national bird can't fly and looks like a mop with a pointy beak.

Okay, so our national bird can't fly either, but it can kick you to death, and that's pretty cool, right? Anyway, before I get too carried away, here's the blurb for Mark Cooper Versus America:

Studious Phi Sigma Kappa Deacon Holt is disappointed to learn Mark's pledging Alpha Delt -- Phi Sig's sworn enemy. Mark's too beautiful for Deacon to pass up an invitation for sex, but beyond sex, Deacon's not sure. He wants a relationship, but a difficult family situation prevents him from pursuing anything beyond his studies. Mark and Deacon's affair heats up as the war between their fraternities escalates. They explore kinks they didn't know they had while keeping their liaison a secret from the brothers. But what Romeo and Juliet didn't teach these star-cross'd lovers is how to move beyond sex and into a place where they share more than a bed. That's something they'll have to figure out on their own -- if the friction between their houses doesn't tear them apart.


And here is a lovely pavlova: 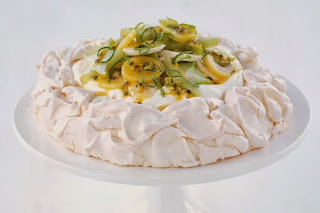 How awesome is my mum? Rhetorical question.

So my mum hasn't actually read any of my books. Mostly because I won't let her. This one time, when I was about sixteen, she found this thing that I wrote, that may or may not have been an early attempt at m/m dub con, and I don't ever want to have that conversation ever again, thanks.

I told  mum that I was writing a sequel to the as yet unreleased Sweetwater, and she made all the usual noises of encouragement, and then asked me if I'd got a plumber in yet to fix that leaking tap. God, no, okay? Can we just talk about me, please?

I mentioned that the sequel will be from the POV of the cowboy, and this would mean a lot of research since the actual day-to-day activities of cowboys in Wyoming in 1870 are very much a mystery to me. A few days later, this turned up in my house: 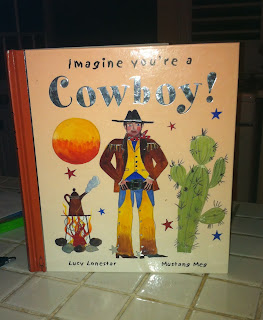 How awesome is my mum?
Posted by Lisa at 9:11 PM No comments:

The Difficulties of Consent

So today I got to thinking about non-con and dub-con, which I love to read and to write. And guess what? I'm not going to apologise for that. I like exploring the blurry lines and the grey areas and all the nasty dark little corners in the human psyche. Just because.

But if you don't like to read non-con or dub-con, I have no desire to change your mind. Each to their own.

The problem I'm having lately with non-con and dub-con is one that I've sort of touched on before. You write a story, and then it is edited, and changed, and sometimes it's different to what you intended.

My first draft of Tribute was way harsher than the final draft. Some nasty shit went down. And I was advised by my editor and publisher, who obviously know more about this sort of thing, that I needed to strengthen the romance side of things. Stockholm syndrome is apparently not a happy ending. Who knew?

Disclaimer: I am in no way complaining about my editor and publisher, because guess what? They know what sells, and I wanted to sell this book.

But the issue I had, I think, in the end, was that you have this bastard of a character who basically imprisons the young prince, has his evil way with him in lots of varied and interesting ways, and then you have redeem him sufficiently that not only will readers buy the fact that the prince falls in love with him, but also that he's worthy of that love. I think we'll all agree that the HEA in Tribute was on shaky ground.

Which brings me, in a roundabout way, to the next issue: that of non-con and dub-con and the Amazon crackdown on books featuring them. 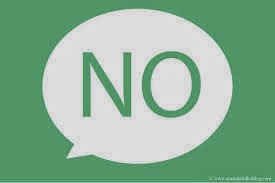 The recent publicity surrounding the pulling of self-published erotica with non-con and dub-con was a vast overreaction to the issue, but it's been coming for a while. Those of us who aren't self-published knew, because whenever we wrote non-con or dub-con our editors would tell us that it would be difficult to get the third party vendors (aka Amazon) to put it up for sale.

In The Good Boy, J.A. Rock and I culled the absolute shit out of a scene between Lane and Acton, because our editor felt it would be too graphic for third party vendors.

In Tribute, Kynon, despite being in chains, verbally consents to being made Brasius's. That was put in because my editor felt it was important. Surely the fact he's in chains and has his kingdom to save negated whatever choice he ever had in the matter? It wasn't true consent, and I think we all knew it. And I was totally okay with that.

Because there is a place for the rape fantasy. It is a healthy and normal part of human sexuality, and, I think, allows people -- although the rape fantasy seems to be more popular in women -- to indulge in the fantasy of being "forced" to engage in sexual acts without taking responsibility for initiating them. At its most basic level, I think the rape fantasy is all about "Well, you can't do anything about it, so you might as well enjoy it."

And I can't emphasise enough that there is a world of difference between the fantasy of rape and a real rape.

The main issue I have with the guidelines from Amazon is that there is no acknowledgement of this difference. As though somehow the rape depicted in Maya Angelou's I Know Why The Caged Bird Sings and the rape depicted in The Virginal Nun meets the Rampaging Viking (not a real title, I hope) are in any way comparable.

So this is where writers get creative. We dilute our non-con into dub-con, and then we soften the blow of that dub-con by making it all okay in the end. Is this disingenuous? Hell, yes. But we do it because these are the rules we have to play by. In an attempt not to have their books pulled, authors are writing what any court of law would consider non-con, and twisting it ever so slightly into dub-con. Because that way your book has a better chance of escaping the cull. And to me, disguising non-con as dub-con seems a lot less honest than saying, "Yep, it's total non-con. Enjoy."

Which is why, BTW, I never even tried to put The Last Rebellion up on Amazon.

They don't like that sort of story over there. Meanwhile, go and order a copy of GTA V. There's this awesome part where this woman is getting raped on the side of the road and you can see the guy's dick and everything...

Nah, it's okay. It's not written in a book, so it's totally fine.