I’m happy to announce that The Island has been re-released, with an awesome new cover thanks to the incredibly talented Natasha Snow. 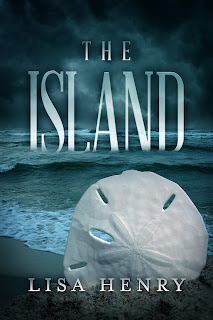 LOOK AT THE PRETTY!

Initially, when I got the rights back after my contact with Loose Id expired, I thought about making some changes to the story. It’s interesting to see that what I wrote back in 2012 isn’t what I might write today. There were a few places where, in hindsight, I might have made a different decision with the plot. Ultimately though, I decided to leave it pretty much untouched except for some tiny tweaks I doubt anyone will notice.

Really, at this point, I think I’ve got enough plot bunnies to keep me busy until the next millennium, so I don’t feel the need to start reworking my older stories.

Here’s the blurb, for anyone who didn’t catch the book the first time around:

Shaw is in Fiji to sell a stolen painting to the crime boss, Vornis. It will be the deal of a lifetime, if Shaw can pull it off. But then Vornis parades his latest toy around in front of him—a captured DEA agent whose time is running out. It’s none of Shaw’s business, and it doesn’t matter that under any other circumstances Lee would be exactly Shaw’s type: he’s young, he’s hot, and he might even have a personality if they hadn’t beaten it out of him. Too bad there’s no way Lee is getting off the island. Too bad there’s nothing Shaw can do for him. And too bad there are some lines that even Shaw won’t cross.

Keeping his hands off Lee proves harder than he thinks, but Shaw’s not stupid enough to fall for the tortured captive of a dangerous crime boss, is he? If he did, it wouldn’t be just his job he would be risking—it would be his life.

The Island is available at Amazon and at Smashwords with other retailers to follow shortly, and the paperback will be available soon!

And, after spending so many hours wrestling with all that formatting to get it right for each platform, I’ve got to put it out there: I need a drink.