So this is what it feels like to have a productive few weeks... huh. Clearly I should hold onto this, since it will probably never happen again!

So, in exciting news, Starlight (Dark Space 3) is up for preorder here on Amazon, with other sites to follow in the next few days. It will be out on December 1. 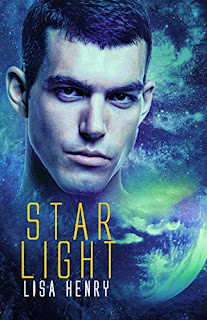 Brady Garrett is back in space, this time as an unwilling member of a team of humans seeking to study the alien Faceless and their technology. It’s not the first time Brady’s life has been in the hands of the Faceless leader Kai-Ren, and if there’s one thing Brady hates it’s being reminded exactly how powerless he is. Although dealing with the enigmatic Faceless might actually be easier than trying to figure out where he stands with the other humans on board, particularly when one of them is his boyfriend’s ex.

Cameron Rushton loved the starlight once, but being back on board the Faceless ship forces him to confront the memories of the time he was captured by Kai-Ren, and exactly how much of what was done to him that he can no longer rationalize away. Cam is used to being Brady’s rock, but this time it might be him who needs Brady’s support.


This time Brady is surrounded by the people he loves most in the universe, but that only means their lives are in danger too. And when Kai-Ren’s fascination with humanity threatens the foundations of Faceless society, Brady and Cam and the rest of the team find themselves thrust into a battle that humans have very little hope of winning, let alone surviving.

It has been super fun to get back into Brady's POV after all this time, and discover just how much I missed that bad-tempered little ball of angst and angry outbursts! I hope that you guys have missed him too!

In other news, I now have the rights back for Anhaga and it's available now in ebook through all major retailers, and paperback through Amazon. 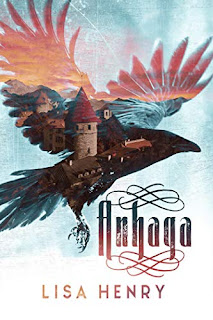 And Dauntless, my fun little cozy mystery very much inspired by Norfolk Island, is out at all major retailers, and the paperback will be available through Amazon within the next day or so. 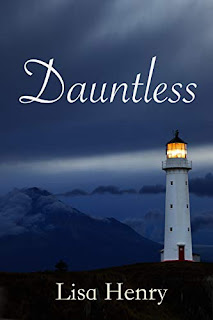 So it's been a productive few weeks, and for once I have something to show for it!
Posted by Lisa at 9:20 PM 1 comment: