For those of you who thought that Brin from The Good Boy needed his own story...good news!

The Naughty Boy, a Spring Fling short featuring Brin, written with the fantastic JA Rock, will be available from Loose Id on May 2.

And from May 2 until May 8, The Naughty Boy will be FREE!
During the same period, The Good Boy will be reduced to $5.99 on the Loose Id site! 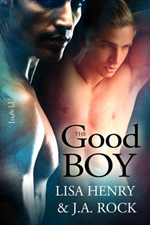 For people who can do maths, that's a saving!

No Mr. Zimmerman in this instalment, unfortunately, but plenty of Brin and his brattitude and his bedazzling.

In The Naughty Boy you'll learn a little bit more about Brin, read an appalling joke about Lassie, and finally understand what that beret is trying to tell you. Hint: it's NSFW.

I'll update with the cover and the blurb as soon as I can!

Menages were my gateway drug...

When my co-workers first found out I was writing smut, sorry, erotica, the assumption was that it would be boy/girl stuff. And I let them keep that assumption for a while, until the sneaky bastards tracked down my books online. *Waves to cheeky bastards*

Well, needless to say the list of co-workers wanting to read my books diminished quite quickly. Apparently the straight guys just really aren't too keen to read about what publishers and sellers refer to as "male/male sexual practices" and I refer to as "fucking awesome". On the plus side, I've picked up some very keen fans in the workplace, both guys and girls, who love a bit of boy-on-boy action. And who wouldn't? 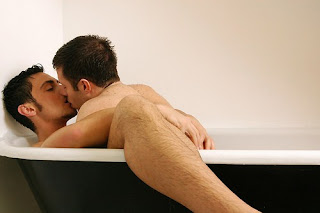 To honest, I haven't been writing m/m romance for long.

The first romance I attempted was way back in high school. It was terrible. It was also m/f. It's probably still lying at the bottom of a cupboard somewhere. Hopefully not still at my mum's house, because we've had enough awkward talks, thanks.

I don't remember the first m/m book I read.

The first m/m scene I read was in a book with an m/m/f menage. And m/m/f menages are like a gateway drug. Pretty soon I was like, "You know what would make this scene even hotter? If they got that girl out of the middle."

So I read one without the girl. Boom. I was hooked.

So that's the why of why I chose m/m.

If we want to get into why I'm such a fan of dub-con, non-con, more angst that you could throw at a French philosopher, emotional baggage that would sink the Bismarck, and just good old-fashioned fucked-up characters, I think we're gonna need a longer post.

Today is a great day for New Zealand.

And here is one of the best, and funniest, speeches in favour of marriage equality that you will ever see, courtesy of NZ Member of Parliament, Maurice Williamson.

We need more politicians like this in Australia.
Right now.

You know how sometimes you just take a good idea and run with it?

Well, the good idea was JA Rock's, but we both ran with it.

So, did we stop to catch our breath after The Good Boy? Hell, no, because of JA's new IDEA. A sparkly (well, actually quite dark) new idea, and suddenly we were Googling the penalties for involuntary manslaughter, drug addiction, night terrors, and self-bondage techniques.

I may need one of these: 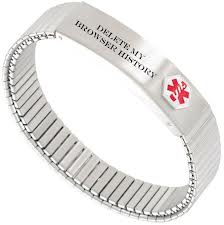 JA and I wrote just over 100 000 words in less than a month. Eat your heart out...um, people who are known for writing really fast.

We're not done yet with Under, not by a long shot.

But if you've been hankering for an m/m story where a cop and a convicted killer get together in a small South Carolina town, where old grudges and prejudices threaten to ruin whatever this thing is they've got going, and an MC who just might destroy himself before the town does it for him, then watch this space!

Email ThisBlogThis!Share to TwitterShare to FacebookShare to Pinterest
Labels: JA Rock, Riptide, Under, When All The World Sleeps, WIP 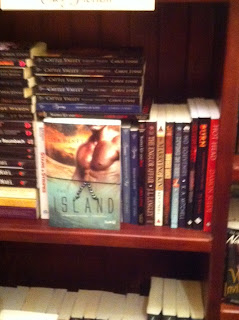 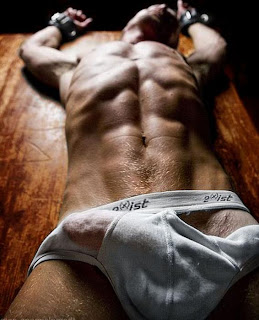