The Dreams You Made in the Dirt, and other titles.

My Love's Landscapes story, The Dreams You Made in the Dirt, is here!

Well, it's currently here to read at Goodreads.

And soon it will be available for download here at the MM Romance Group. 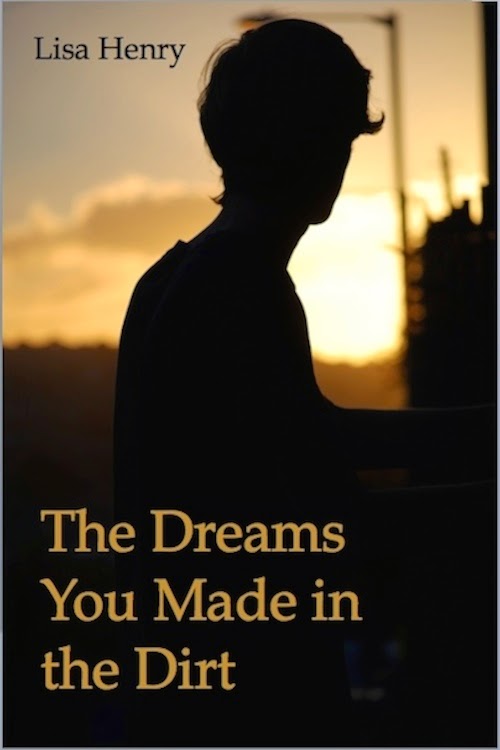 Anyway, it's out now, so I thought I'd tell you guys a thing about the event. They ask you for the title right at the beginning. Horrifying!

Not horrifying enough? Let me retype that in bold caps: THEY ASK YOU FOR THE TITLE RIGHT AT THE BEGINNING.

I hate titles. I'm really, really bad with them.

Here are some working titles I have on my computer:

The Demon One. Creative, right?
Bodygaurd. Yes, spelled like that and everything.
And, my personal favourite, which I swear is real:  Crap. I was supposed to be working on something else and got totally distracted by a shiny new idea instead. This one's a sequel for Another Man's Treasure, BTW.

But one day, sometime last month, I was working really hard at my writing playing games on my phone when the phrase hit me out of nowhere: the dreams you made in the dirt.

What's it mean? No idea. But it seemed like the sort of thing I could use as a title. Just had to wedge it in there somewhere and make it seem organic. So this little thing happened between Aiden and his mum, when Aiden was a kid:

He remembered her hosing off his filthy legs before letting him back into the house.

“Are you sure that’s mud? I thought you were covered in the dreams you made in the dirt.”

After that, sometimes Aiden would look at the black lines of dirt under his nails and smile.


So I like to think I'm getting better with titles. I'm certainly getting more creative. First book? Tribute. Second: The Island. Now I have actual phrases! Truly, this are the promised times.

Email ThisBlogThis!Share to TwitterShare to FacebookShare to Pinterest
Labels: The Dreams You Made In The Dirt, titles

Another Man's Treasure! Or, Why isn't it tomorrow yet?

I hate the International Date Line.

Because while it's June 1 here for me, it's still May 31 in the US. So even thought Another Man's Treasure should be out NOW, there's still like another day to go.

Another Man's Treasure will be available in all ebook formats from Smashwords and Amazon, and in print from the Createspace store and Amazon. And for the first week only, the ebook will cost $3.99 instead of the regular $4.99 list price.

In the meantime, here's how you can win stuff! I am so excited for this book!