I've often said that I don't know why I call myself a romance writer. Even when I write romance, it often tends to skew dark. And there's always been a little voice inside me that whispers, "But it could be darker."

There's a definite relationship between sex and violence, and one I've always been interested in exploring. So a while ago I decided to do an experiment in self-publishing, and to write a few very dark stories, put them up for sale, and see how they went. I used a different pseudonym, because these stories were not stories I particularly wanted to attach to the Lisa Henry brand. I mean, presuming I have a brand.

And what happened was this.

The stories went out, caused some modest waves in the dark little corner of m/m I often hang out in, and then, surprisingly, I got an email from one of my cowriters saying how much she'd liked them. I wrote back and admitted it was me. What happened next was the awesome team at Riptide offered me a contract to expand and re-edit the stories, and package them in an anthology. And so, I share with you: 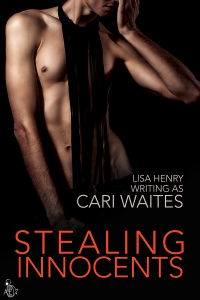 Those who dare to scratch the surface of ordinary, everyday life may be horrified to find a sick underbelly beneath—a nightmare world populated by villains and victims, predators and prey, where the rules of society no longer apply.
Where you’ll find people like Danny, the boy who sells himself to pay for his father’s gambling debts and ends up in a situation more twisted than he ever imagined. Or Troy, the cop whose obsession with saving a brutalized human trafficking victim turns deadly. Or Drew, the mental patient who begins to suspect his nightly delusions of abuse by his doctor are actually real. Or David, the cuckolded husband who decides the best way to get revenge is to seduce his wife’s barely legal son.
Stealing Innocents is an exploration of our darkest human impulses, where sex is power, love is horror, and there’s no such thing as a happy ending.

The stories included are Gamble Everything, Crazy, and Falling Angels.

There's also a previously unpublished story written for the anthology, called First and Only, about a man who decides the perfect way to get revenge on his cheating wife is to seduce her barely-legal son.

These stories are dark. There are no happy endings here, well, not unless you squint and tilt your head the right way. But for those of you who like to take the occasional trip to the dark side, I hope you enjoy them!

Stealing Innocents is out from Riptide on January 11. You can preorder it here.
Posted by Lisa at 9:47 AM 2 comments: 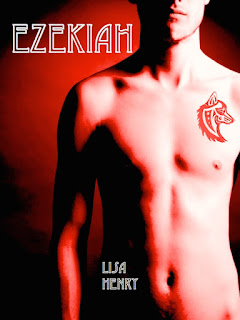 In the shifter world, submission means something different than it does to humans.

Ezekiah Sadler is an omega who doesn’t want to be claimed.

Parker Ellis is an alpha who needs to make the omega his.

Ezekiah’s wolf might submit to the first alpha who claims him, but Ezekiah wants more than that. If Parker can see past old prejudices, he might find his omega is more than he expected, and exactly what he needs.