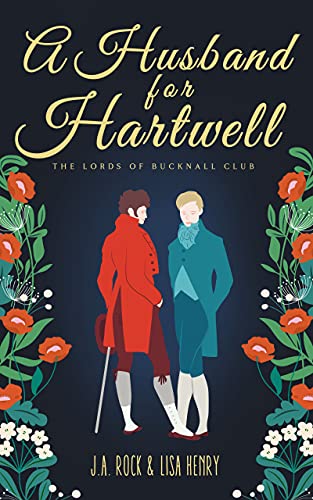 Email ThisBlogThis!Share to TwitterShare to FacebookShare to Pinterest
Labels: A Husband for Hartwell, JA Rock, Lords of Bucknall series

Oh Baby! Based on reviews that I’ve read, it sounds all sorts of my style of themes! *fist pumps* And I already know I love the Henry-Rock lovers.
Congrats to you both, and I’m looking forward to reading it! Already downloaded to my kindle.