Not Until Noah - Out November 5

Not Until Noah, the first book in the Star Crossed series, is out on November 5.

This was a fun one to write, and I got to reminisce about all the school holidays I spent on the Gold Coast, at my grandparents' house. The house is no longer there, unfortunately--it's a block of high-rise apartments now--but I'll always have those wonderful memories of the Coast, and that old house, and of sunlit days at the beach that seemed to last forever. 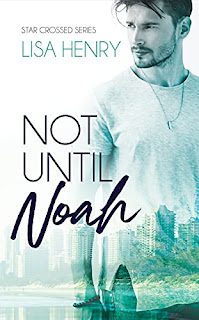 Carter Westlake is on the brink of being Hollywood gold. Cast as the lead in a highly-anticipated sci-fi trilogy filming in Australia, he’s primed to be the next A-list action hero: all-American, hot as hell, and straight. The problem is, Carter can only check off two of those boxes. But that’s okay—his bisexuality can remain a secret until these movies are behind him.Childhood educator Noah Jones has a plan. Work as a nanny for six months, make some extra cash, and move to the UK to teach. He doesn’t expect his new boss to be a Hollywood star. And he certainly isn’t prepared to fall for the guy.One kiss sends them tumbling into a secret relationship, even though they both agree it can be nothing more than a fling. Carter needs to stay in the closet for the sake of his career, and Noah’s leaving. But when their feelings continue to grow into something deeper, Carter has a decision to make. Knowing that exposing his sexuality could cost him his career, would he rather carry on living a lie, or risk it all to stand tall in his truth?Not Until Noah is the first book in the Star Crossed series, where regular guys meet famous ones, and sparks fly.

You can preorder it from Amazon.

Email ThisBlogThis!Share to TwitterShare to FacebookShare to Pinterest
Labels: not until noah, star crossed