No, Mum, I haven't just been eating chocolate and wasting time on the internet

J.A. Rock and I have not one, but two books currently under contract. So I'm just going to tell you about them, and hopefully whet your appetites, okay?

Coming up first, hopefully, is Mark Cooper Versus America, under contract to Loose Id. This is a fun little book (I can write fun, I promise. It's not always angsty dub-con here in my brain) about an Aussie boy whose mother marries an American, and who then he finds himself transplanted halfway across the world. With snow and bears and shit. And he's not a happy bunny at all.

It's also the book where J.A. and I got to rehash all our favourite arguments about spelling, language, and cultural differences. I mean, what are s'mores anyway, and why should I care? I'm going to go and eat some Freddo Frogs. 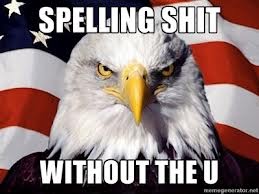 
Studious Phi Sigma Kappa Deacon Holt is disappointed to learn Mark's pledging Alpha Delt -- Phi Sig's sworn enemy. Mark's too beautiful for Deacon to pass up an invitation for sex, but beyond sex, Deacon's not sure. He wants a relationship, but a difficult family situation prevents him from pursuing anything beyond his studies. Mark and Deacon's affair heats up as the war between their fraternities escalates. They explore kinks they didn't know they had while keeping their liaison a secret from the brothers. But what Romeo and Juliet didn't teach these star-cross'd lovers is how to move beyond sex and into a place where they share more than a bed. That's something they'll have to figure out on their own -- if the friction between their houses doesn't tear them apart.

Ah, so much snark and fun and college boys learning how to be kinky...

And here's the flipside. There's always a flipside. A dark, unhappy flipside:  When All The World Sleeps will be out in 2014 from Riptide. Here is the unofficial blurb:

Daniel Whitlock has been sleepwalking since he was a child. No one's ever really understood his disorder. His parents punished him, his sister mocked him, and when, as an adult, Daniel swore in court he had no memory of burning down Kenny Cooper's house with Kenny inside, the entire town of Logan turned against him. Terrified of what else he might do in his sleep, Daniel isolates himself in a cabin in the woods and chains himself to his bed at night.

Local cop Joe Belman doesn't believe Daniel's bullshit defense either. But when Bel saves Daniel's life, he discovers Daniel might not be what everyone says he is: crazy. A killer. A liar. A tweaker. A freak. Bel agrees to look after Daniel at night -- for Logan's sake, not Daniel's. Daniel's attractive, but Bel's not going there.

Except as he'd drawn further into Daniel's dark world, Bel finds he likes being in charge, and Daniel finds that submitting to Bel gives him the only peace he's ever known. But Daniel's demons won't leave him alone, and he'll need Bel's help to slay them once and for all-- if Bel can accept that being on Daniel's side might cost him everything.

When All The World Sleeps is definitely dark. I mean, when you start your writing process with "Well, how about he killed a guy?" it's not going to be full of sunshine and rainbows and puppies.

I love both of these, in very different ways, and I hope you guys will too!

And later on we'll investigate why we wrote two very different stories that both feature characters with the surname Cooper. I suspect a lack of imagination. (Totally my fault, not JA's, since I think I named them both.)

God, we've been busy! Good thing we're treating ourselves to a nice long vacat--what's that? We're writing three more books? Well, hey, as long as I can drink umbrella drinks while I'm writing, it's all good.

I actually have no idea what s'mores are...

But absolutely yes to the umbrella drinks. Although be careful, they can take your eye out.

I enjoy the books you write together but I also love the work you do separately. Lisa does dark and torturing so very well and J.A. writes fantastic humor. Please never forget what you accomplish on your own as well as together.

If it's dark you want, I think you'll enjoy When All The World Sleeps :)

But yes, I've still got a few solo projects on the go. Definitely not forgetting about those!