It’s funny how we don’t like coincidences in fiction. When the hero on the run in the apocalypse just happens to find that truck with the keys still inside, or the one house in town not looted for supplies -- well, you might as well get the creaky mechanism rolling and lower the god from the machine onto the stage, because I'm done. Which is funny, because coincidences happen all the time in real life.

I think it’s because fiction has an obligation to make more sense than reality.

Lately my co-writer J.A. Rock and I have moved on from fighting about Australian versus American English. Now we’re doing this thing where I pick characters from our books and name them after her close family members. Whose names I don’t know. 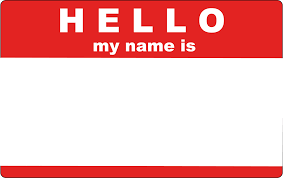 So far I’ve managed to do this four times. I’ve named characters after her brother, her cousin, her father, and a dog she had when she was a kid. Best part of that? The character I named after her dog is a dog character.

So, while I try and figure out if I’m just psychic or am developing a combination of godlike and/or superhero powers, I’m also just going to enjoy the ride.

Oh, and in case anyone is wondering, this is why the dedication in When All The World Sleeps reads: To the real Kenny. Because we feel bad.

Me, for naming such a terrible character after you. And J.A., for not telling me a lot sooner.

I think that means she's a worse person than me, right?

EDITED TO ADD: Make it five times. Picked another cousin today!
Posted by Lisa at 4:15 PM

Email ThisBlogThis!Share to TwitterShare to FacebookShare to Pinterest
Labels: JA Rock, When All The World Sleeps